Go to America to learn English.

Not unlike the dozens of other international students who have made their way to the campus of Paradise Valley Christian Preparatory, such was the sole motivation of PVCP alumnus Kevin. An understanding of English has the potential to open additional business opportunities for students from Asia over the course of their lifetimes.

Little did Kevin know that the desire to learn English in America would lead to a transformative period in his life. God providentially led Kevin – who had no understanding of Christianity prior to visiting America – to Paradise Valley Christian Preparatory, a school where a biblical worldview permeates every course offered on campus.

While initially choosing to spend most of his time with other students from his home country, the truths that Kevin heard daily in his classes slowly would begin to transform him from the inside out. Kevin began befriending American students and was increasingly contemplative about issues of eternal significance. Some of his friends even confided that throughout this period, they prayed that Kevin would place his faith in Christ as his Savior.

Supported in His Journey

Kevin returned to PVCP the next two school years, and by this point, it was evident that God was working in Kevin’s life. Reflecting on his time at PVCP, Kevin shared, “My view of Christianity was totally blank. Since I came from a non-Christian background, my family never taught me anything about Christianity. When I first came to PVCP, I had a very tough time getting to know who God is, but everyone at PVCP was willing to help me.” At PVCP, Kevin found faculty and classmates who were willing not only to befriend him, but to talk through significant issues of faith with him as well.

Following graduation, Kevin enrolled at ASU and began attending a local church. Shortly thereafter, following a series of sermons on God’s grace, Kevin accepted God’s gift of salvation in Christ. Kevin shared, “After attending PVCP, my belief in God was established, and now my worldview is based on Christianity. My personal values reflect Christianity, and everything I learned at PVCP will provide me direction throughout my life.”

Through the years, God has brought dozens of international students to PVCP’s upper school, many of whom have embraced Christianity for the first time. And even in the lives of those who do not accept Christ, seeds are planted that PVCP actively prays will be watered and brought to harvest by others in the future.

When you support Paradise Valley Christian Preparatory, not only are you a part of establishing American students in biblical truth, but you are part of a targeted effort to see the Gospel carried to the nations of the world.

The ministry of PVCP does not come without a cost. Last year, PVCP launched Steadfast, a campaign for sustained, reliable support over three years. With your support of Steadfast, you ensure that PVCP has the resources to continue its global impact. Steadfast has a goal of 100 sustaining donors at $100 per month, but any amount that you can commit on a monthly basis will bring us closer to this goal. Will you prayerfully consider joining Steadfast today? Simply click below to learn more.

Paradise Valley Christian Preparatory is a 501(c)(3) non-profit organization, and all contributions are tax-deductible. 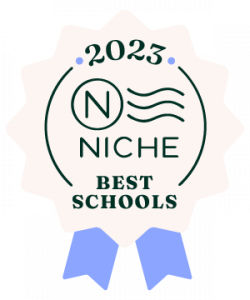