To speak about the future of upper school education at Paradise Valley Christian Preparatory, one must first understand the unmet needs that led to its founding. While PVCP had a long reputation as a leading Christian lower and middle school in the Phoenix area, we felt the need to further develop students in preparation for college and for their adult lives. With increasing secularism and unbelief on college campuses, PVCP believed it could make a significant contribution to the body of Christ if it had four more years to prepare students to stand as pillars of light on their college campuses.

One thing was clear: we could not simply create another Christian high school with similar offerings to other existing schools. We wanted to meet a need in a way that no one else would. In evaluating the options already available, we observed some schools that excelled at classical education, and others which prepared students spiritually, but none that intentionally cultivated the two. PVCP’s upper school would differentiate itself by preparing students spiritually, while integrating elements of a classical education rooted in Christian truth. This approach of utilizing original source documents, integrating the Socratic model, and diving deep into the great books of the western tradition would not only anchor students firmly within a Christian worldview, but it would give them the tools needed to think critically, orient themselves in the present, and equip them to influence society for Christ. This would be done while maintaining a small class size, thereby fostering a collaborative learning environment in which students are not just a name on a list, but instead receive personal academic and spiritual mentoring from faculty.

The upper school at PVCP has quickly developed a reputation of preparing Christian leaders for success in college and beyond, with high school students receiving on average more than $92,000 in college scholarship offers per student. Evidence of PVCP’s personal approach is found in the utilization of the Oxford-Cambridge model. Students engage in weekly tutorials with faculty members that forge relationships, establish accountability, and provide students with unique access to Christian mentors. Mentors advise them on everything from strategies for academic success to college and career options taking into account students’ unique talents and gifts.

As PVCP looks toward the future with anticipated upper school student enrollment landing between 150 and 200 in the coming years, administration will remain committed to keeping small class sizes, thereby maintaining academic rigor and personalized attention. PVCP’s master plan for the campus anticipates the construction of additional buildings, including fine arts and state-of-the-art science buildings. These will be built on land which the school already owns.

PVCP upper school families can expect more than just changes to the campus. As the high school continues to grow, PVCP will further prepare students to be influencers for Christ through the development of a one-of-a-kind career match program that encourages students to wrestle with their vocational calling before they reach college. Tapping PVCP’s network of leading professionals throughout the Valley, students will receive hands-on experience within the field of their choice, developing a personal network of contacts and mentors to call on throughout their career preparation.

Service will remain a key element of a PVCP upper school education with an expanded emphasis on domestic and international missions trips. Serving within another culture, or even within a different part of the city, will allow students to experience how God is at work across the earth, while forging lifelong relationships with their fellow classmates and those they serve.

As the school continues to grow, so too will students’ extracurricular options. Expanded options, including additional sports teams, will not only challenge students intellectually and spiritually, but will instill character and values.  Anticipated sports include men’s wrestling, and men’s and women’s swimming. Extracurricular options such as Chess Club will sharpen students’ ability to think strategically, while technology-based options such as a Coding Club will prepare students for a myriad of career options. Students will also find cultural activities, such as foreign language clubs, that broaden their horizons and teach them something new about the world.

Consider a future where many new leaders emerge each year, leading on campus, in the workplace, and in their community. Consider leaders that are intellectually equipped for careful thought and discourse, whose foundation is the truth of the Bible. Consider strong believers in positions of influence in education, business, and government. Consider how your family can grow with PVCP through its upper school education. 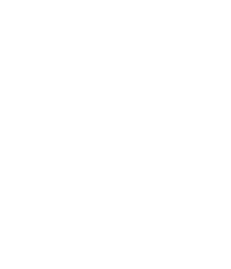